Arc Resistance - The resistance to current flow across the surface of the material.

Autoclaving - A sterilization method in which materials are subjected to high temperature, steam (usually up to 270 degrees F.)

Carbon/Graphite inks - Specially prepared suspensions of carbon black; these systems are employed for lower cost when the conductivity of a metal based system is not required.

Certificate of Compliance (C of C) - A certificate generated by a quality control department confirming that the product being shipped meets the manufacturing document.

Chemical Resistance - The ability and degree with which a plastic film can withstand or resist various chemicals without effect to appearance and/or performance.

Conductive Ink - Specially prepared suspensions of finely milled silver particles in a variety of resin systems that are used widely to produce conductive patterns on flexible and rigid substrates.

Co-Polyester - A plastic film composed of polyester with the addition of either alcohol or glycol additives to reduce cost.

Co-Extrusion - A multi-layered film manufactured at one time from various polymers with the purpose of providing different characteristics on each side and/or in the middle of the film.

Cross-Over - An intersection of conductors insulated by a dielectric material.

Electrochemical - A type of diagnostic device that measures units based upon the use of electrical energy to bring about a chemical reaction.

Electrostatic - Pertaining to static electricity, or electricity at rest.  An electric charge for example.

Ethylene Oxide Sterilization - Materials are sterilized through a process of controlled exposure to ethylene oxide gasses.  Materials being sterilized through this method must be quarantined for 24 hours or longer to insure complete seepage of excess gas as this is lethal to microorganisms and humans.

Gauge - The thickness of sheet or film.

Gauge Tolerance - Indicates the parameters of thickness held during the manufacturing process of various films; for example +/- 10%.

Gloss Level - The degree of light reflective of a substrate, usually expressed in units that are defined by a specific piece of equipment and/or procedure.

Heat Stabilization - The method in which stability is given to a film (primarily polyesters) through a means of "pre-shrinking" - applying controlled levels of heat to insure that the material will have a controlled and specified level of further shrinkage during printing and processing.  This allows a dependability to the printer to insure proper registration.

Hydrophilicity - The degree to which a film surface invites or unites with water (liquid).  High surface energy.

Hydrophilicity - The degree to which a surface repels water (liquid).  Low surface energy.

ISO 9000 - Defines key quality terms and provides guidelines for use of the other standards.

ISO 9001 - Provides a model for the design and development process, as well as production, installation and servicing of a product.

ISO 9002 - Provides a model for a company only in the manufacturing, installation and service areas.

Moisture Resistance - The ability of a material to resist absorbing moisture from the air or when immersed in water.

Monolithic System - A polymer matrix is used to contain the drug being delivered by a transdermal patch system.

PET - Polyethylene Terephthalate:  Manufactured as a film for use in diagnostic strips.  See also Mylar and Melinex.

Polycarbonate - An alternative substrate for use in diagnostic strips and packaging.  See product comparison chart for further definition of properties.

Polyvinyl Chloride (PVC) - A film substrate available at a lower cost than PET and/or polycarbonate.  However, many properties then become compromised for diagnostic applications.

Pressure-Sensitives - Adhesive materials which bond with the application of pressure alone and do not require activation by heat or solvents.

Print Treatment  -A coating applied to one or both sides of a film to enhance certain printability properties.

Reagent - A substance used (liquid or dry applied) to measure another substance or to convert one substance into another by means of the reaction it causes.

Radiation - A method of sterilization in which materials are exposed to gamma rays or electron beams.

Reservoir Design - Typically a liquid form of drug is placed in a reservoir formed in the transdermal patch manufacture.

Rigidity - The level of stiffness a plastic film offers at various thicknesses.

Screen Printing - Printing process using a mesh stretched over a frame allowing ink to selectively pass through by using a stencil.  This process is frequently used to print aesthetics and/or conductive inks used in the diagnostic strip design.

Second Surface Printed - Inks are applied to the non-exposed side of the film to allow for the film to protect the inks from scratching or damage.

Tear Strength - The force required to initiate or continue a tear in a material under specified conditions.

Thermoforming - A method of forming (typically used in medical packaging) in which a plastic film is deformed while subjected to heat close to the film's softening temperature.

Thermoplastic - lastic materials which can be made to flow repeatedly with the application of heat. 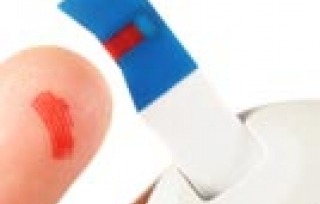 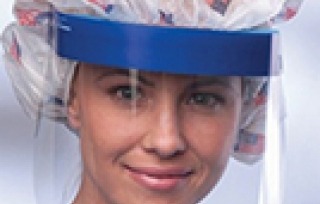 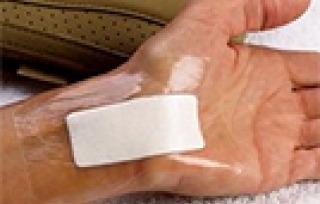 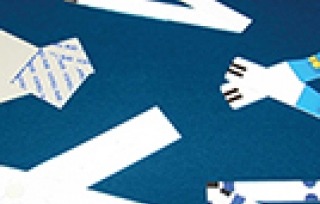