Polyester (PET) and polycarbonate (PC) are the most commonly used films in membrane touch switch (MTS) constructions. This is because they posses the properties - toughness, durability, processability and esthetics - required for this demanding application. The choice of films depends on several factors: switch part or component, electronic requirements, end use environment and of course the appearance and performance requirements of the application. The three major parts of a switch where films are used are the circuit layer(s), spacer and graphic overlay.

This is the most critical part of any MTS. It has the conductive traces or circuit that carries the electric signal to and from the switch. A failure in this layer can render the device it is attached to inoperable and useless. The circuit is usually applied to the film by screen printing with conductive inks. These inks are typically solvent blends of organic (non-conductive) binders and conductive particles - usually silver or graphite. The ink usually requires high temperature (~300ºF) curing to attain the desired level of conductivity. In order for a film to function in this component it must be able to:

The overwhelming choice for the circuit layer is PET. It can withstand the high processing temperatures and can be heat stabilized to reduce shrinkage. PET is noted for its flex fatigue resistance and its high tensile strength, which contribute to its resistance to cracking and deformation. Its chemical resistance is well known and a wide variety of conductive inks have been proven on both print treated and non-print treated PET.

PC is not a good choice for a variety of reasons:

This part of the switch is used to hold the top and bottom circuits in register and provide a separation that keeps the switch contacts apart until the switch is depressed. It usually consists of a film with a pressure sensitive adhesive on both sides. No special properties are required except that:

This is the part of the switch that is exposed to the external environment - the part that is seen, touched, cleaned, etc. It is typically printed on the back side (2nd surface) and serves many purposes:

In order to function as above the film used for an overlay must:

Failures in any of the above may detract from the appearance and functionality of the device but will usually not cause catastrophic device failure.

The choice of film for the overlay will depend on which of the above properties are most important in the design and function of the device. The requirements of a heart monitoring device in a hospital will be different from those of a dishwasher, which will be different from those of an inexpensive, hand held, electronic game. Each type of film has advantages that will make it an obvious top choice for certain applications. Conversely, each film will have disadvantages that will exclude it from other applications. The following is a summery of how the two films compare in performance:

As you can see, choosing a film for a graphic overlay can be somewhat complicated. It's obvious that long term, high reliability suggests PET and a low usage application where appearance is most important points to PC. All the parameters of appearance, processing and reliability in the application must be weighed in order to make the right decision. 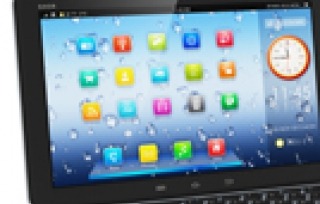 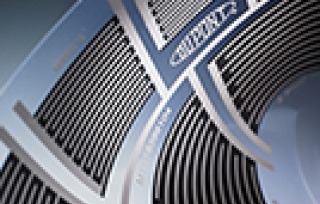 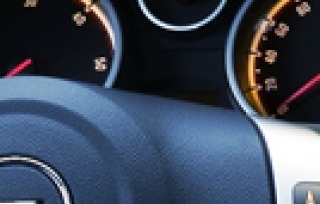 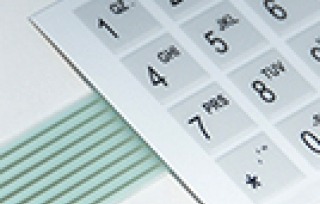