The 2016 SGIA Expo continued the trend of printers switching to digital and the need for quality inkjet films.

New Berlin, WI  - The 2016 SGIA Expo was a resounding success for Tekra.  With over 272,700 square feet of exhibit space and 562 exhibitors, the 2016 show was the largest in SGIA history. Even with so much to see, our team met with hundreds of attendees in Las Vegas this September, most expressing great interest in inkjet films.

The 2016 SGIA show was dominated by press manufacturers showcasing their latest inkjet press innovations at the show.  Industry leaders such as HP, Mimaki, EFI, Durst, and Roland all had a variety of new UV, Solvent, Eco-Solvent, Latex, and/or Aqueous inkjet presses in their booths.  Each of these press manufacturers focused on how their inkjet presses were either faster, of higher quality, or had new ink capabilities not previously before seen.  “We have never seen such rapid increase in quality, speed, and innovation of new inkjet presses like we saw at the 2016 SGIA Show,” explains Rebecca Fuhrman, Tekra’s Market Development Manager for Digital Films.  “The advancements the new HP Latex 3100 and 3500 brought to the productivity levels of the Latex inkjet industry is outstanding.  Mimaki also impressed with their innovative new LUS-350 UV Flexible Ink Series that allows inkjet printable formable applications were just two of the many examples seen at the show.”

With the focus of the show being on inkjet printing, Tekra was an extremely popular destination as many attendees were interested in printable plastic inkjet films, which were a focus of Tekra’s offering at the show.  In the Tekra booth, attendees were introduced to the new JetView™ Solvent Inkjet line of polyester and polycarbonate films for solvent inkjet presses.  “What made our JetView™ Solvent Inkjet line so popular at the show, was the ability to print with solvent inkjet polycarbonate films with no worry of your finished application breaking down because of the solvents attacking the film,” stated Fuhrman.  “With Tekra’s unique coating, it acts as both a print receptive coating that offers excellent ink adhesion, but also a barrier coating that stops the solvents from yellowing, cracking, or even breaking down the polycarbonate film.”

Although inkjet printing and films were the prevailing topics of interest, non-digital offerings had their place too.  The recent announcement of the distribution agreement between Tekra and Henkel Electronic Materials also took center stage.  Tekra’s ability to distribute Henkel’s brand of Loctite® silver and conductive inks was received with open arms by attendees.  The combination of the quality of the Loctite brand of inks, along with Tekra’s technical support, was considered a great advantage to consumers by attendees who also attended the SGIA Printed Electronics Symposium. 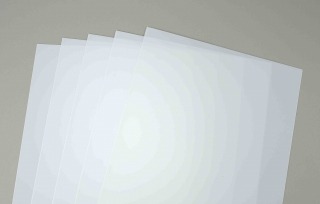 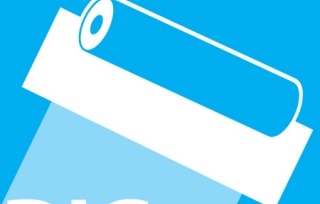 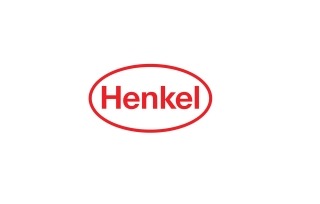